The cabbage leafroller (Clepsis spectrana) is native to North-West Europe. It is a highly polyphagous species causing damage to field grown cabbage, apple, pear as well as maple, popular, spruce and many herbaceous wild plants. Because fewer broad-spectrum pesticides are used these days, the cabbage leafroller has also become a pest in greenhouse crops. Great damage can be inflicted on ornamental crops, such as roses, alstroemeria, azalea, cyclamen, and kalanchoë, but particularly gerbera. In chrysanthemum too, this species is an increasing problem, and it has caused problems in sweet pepper since the mid 1980’s. In protected soft fruit cultivation, plants such as strawberry, currant, blackberry and raspberry can all serve as hosts.

An adult female is 12 mm long and is ochre-yellow with darker markings. The male is slightly smaller and slimmer, more clearly marked and lighter in colour. Both have two brown marks on each wing, the more proximal pair almost forming a “V” when at rest. At rest, the wings are held folded almost horizontally over the body. The antennae are thin and of medium length. The moths fly when it is dark.

The yellow eggs are laid in batches of 10 to 90 pieces and covered with a gelatinous layer on the upper side of leaves, preferably on major veins or depressions in the epidermis. The caterpillar has a dark green to black head capsule and prothoracic shield. The body is drab brown with lateral stripes that are sometimes light in colour. The ventral surface is lighter than the dorsal, with hairs located in warty spots that are lighter than the general body colour.

In general, the caterpillar has a rather dull appearance. In the fruit of sweet pepper, however, the caterpillars are much lighter and have dark lateral stripes. The caterpillars are relatively thin and measure up to 25 mm in length. They are slightly hairy and have four pairs of prolegs. They either make webs in which they hide, or live inside fruit or flowers. It is these webs that cause the leaves to curl. Many of these webs are empty, and it is thought that the caterpillars probably make a series of webs during their development. The pupa is about 1 cm long and brown, with pupation taking place within the webbing. 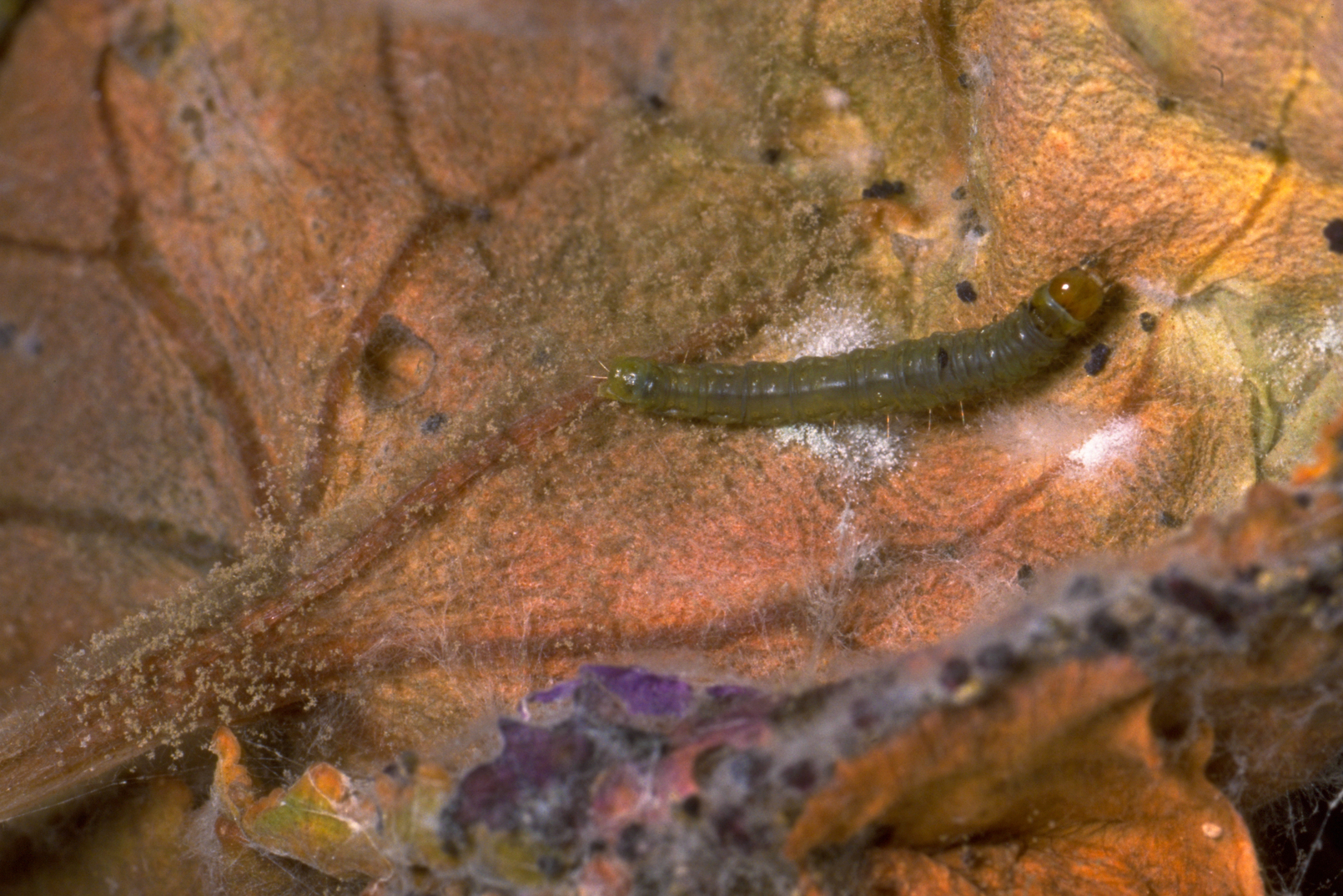 How to get rid of Cabbage leafroller