The cabbage moth (Mamestra brassicae) is a highly polyphagous defoliator. Besides being a major cabbage pest, it feeds on 70 plants of 22 families, among them crops such as sweet pepper, tomato, strawberry, lettuce, beetroot, onion, rhubarb as well as chrysanthemum and carnation. It is a species found in Europe, North Africa (Libya, Canary Islands), Japan and sub-tropical Asia, including India.

The adult cabbage moth (Mamestra brassicae) has grey-brown to black forewings, with a kidney-shaped white-rimmed marking in the middle. The hindwings are light brown with a rather inconspicuous spot in the middle. Head and thorax are grey-brown with white spots, and the abdomen is a pale, greyish brown. The moth flies only at dawn and dusk, hiding in the crop during the day. Several days after emerging from their pupae the female moths lay clusters of 20 to 100 eggs on the underside of leaves or elsewhere within the greenhouse structure. The eggs are initially light and translucent, becoming steadily darker until they are a brown-black or sometimes even a purple colour. They are ridged and have a light network of markings.

First instar larvae of the cabbage moth (Mamestra brassicae) are gregarious, eating the edge of the leaves on which they were laid. From the third instar onwards, they disperse over the whole plant. There are six larval instars, with the youngest a transparent yellow to grey-green with a characteristic brown-black head capsule. After the third moult, the caterpillar is green with a dark back and thick, yellow, lateral longitudinal stripe. The full-grown caterpillar varies in colour from green or brown to black. In younger instars, the relatively large head capsule is conspicuous. In older instars, the lighter colour of the bands between the body segments gives them a characteristic ringed appearance. Pupation takes place in the ground. The pupae are approximately 2 cm long and a glossy brown colour, turning black shortly before the adult moth emerges.

Large caterpillars feed mainly on the youngest leaves, producing skeletonized leaves, holes and frass on leaves. The caterpillars destroy large numbers of leaves and their frass accumulates in the heart of cabbage, thereby lowering the commercial value of infested crops. 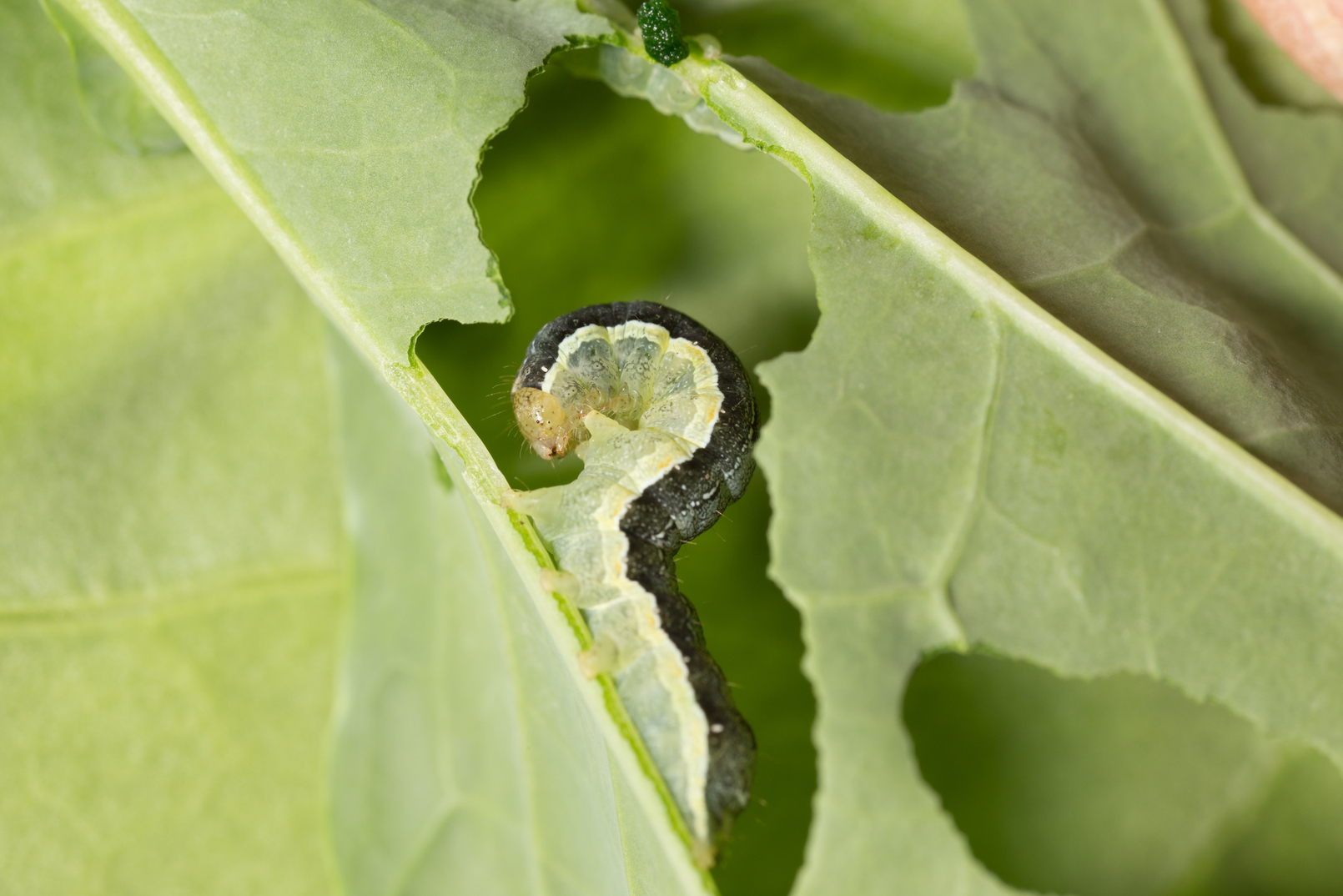 How to get rid of Cabbage moth