Red scale or California red scale (Aonidiella aurantii) belongs to the Diaspididae family and is a pest found worldwide, mainly in citrus, but also in fig, cotton, mango, banana, avocado, grape, and rose.

California red scales have circular, flattened, leathery scale over the insect body. The female’s shield measures approximately 2 mm in diameter, male covers are more elongated, smaller and paler. Red scales are ovoviviparous: they produce live offspring. Each female can produce 100-150 young over a period of six to eight weeks, at a rate of one to three a day. The crawlers are mobile and very small, so they are spread easily by the wind and birds, as well as by humans and their tools. In the hours after birth, they disperse over the tree in search of a source of food. When attracted by the light (positive phototaxis), they tend to target young shoots and apical leaves and fruits, where they prefer to settle in small hidden spaces. After inserting their mouthparts to start feeding, they produce a white, waxy, and cottony cover, forming the typical appearance of the shield after they first moult. A few days later, the sexes become more distinguished from each other by their shape and subsequent development. The females moult into the grey stage, named after the colour of the edges of their shield. Mating occurs at the start of this stage, before the female finally matures.

The male goes through the pre-pupal and pupal stages under its cover, before emerging as a winged adult. Then, it locates the female by her pheromones and mates. The male does not feed and lives at most for a day. The population tends to be mostly female, at a ratio of 2.6:1.

Aonidiella aurantii has been the most significant pest facing many citrus-producing countries across the world. The populations can grow quickly and cause considerable damage, because the saliva that they inject when feeding is very toxic to plant tissue. California red scale feeds by inserting its mouthpart into the plant tissue and sucking the contents of the parenchymal cells. If the infestation is more serious, the leaves present some characteristic yellow dots around each gravid female, which may result in loss of shoots and branches. The fruit can be affected at all stages and may even die. The stem can also be severely infected and appear completely covered with shields, especially in the case of young citrus. Young trees can suffer greatly and die if the branches are lost. 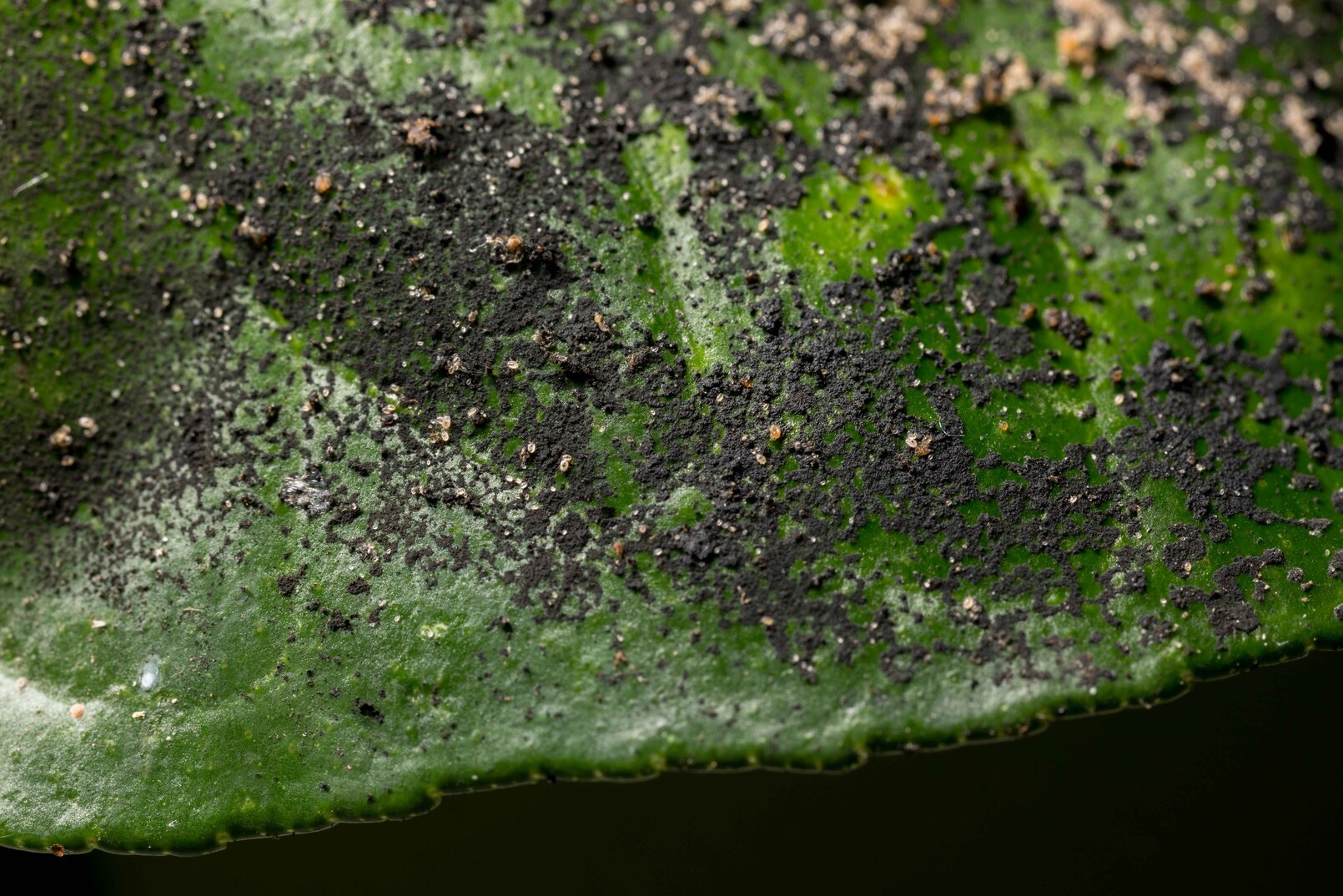