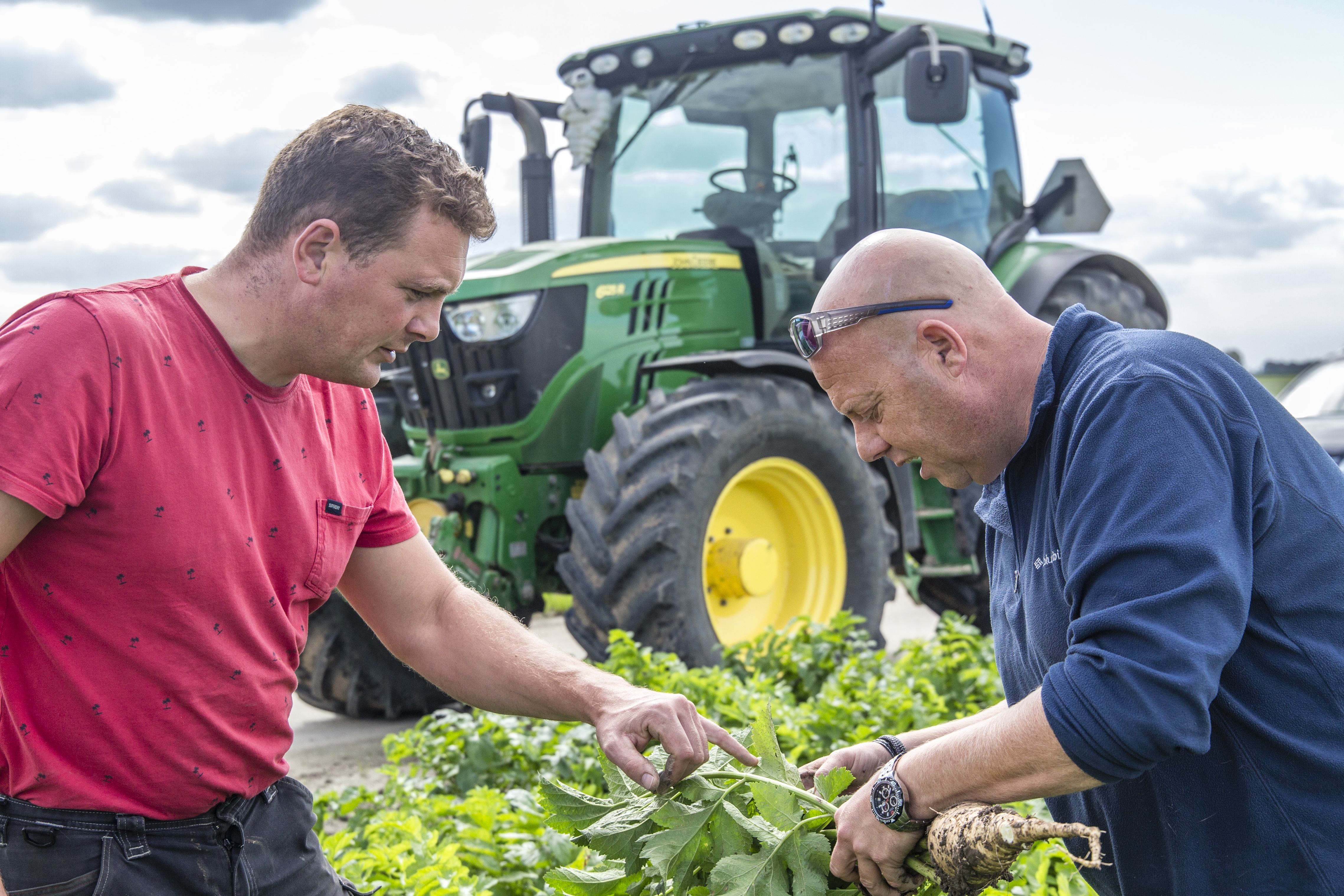 Uniform emergence and fewer losses thanks to Trianum

Located along Lisdoddepad in Dronten, the Netherlands, De Bruycker's farm covers approximately one hundred hectares. The majority of that area is used for non-organic cultivation of potatoes, wheat, carrots, onions, beetroot, and tulips (on a leased plot). Thirty hectares are used for the organic cultivation of chicory, beans, onions, spinach, parsnips, and sweetcorn, each on five hectares.

Last year, De Bruycker took over the thirty hectares of land from a neighbour who was an organic farmer. ‘And so I became an organic farmer. I’ll grow organic for the next five years, to see whether it’s more profitable than non-organic. Organic seeds are particularly pricey, and the higher cost price needs to be recouped by charging higher market prices.’

Koen de Bruycker embraces innovation. On the advice of Koppert consultant Frank Druyff, this year he applied Trianum on his organic spinach and parsnip. The active fungus in Trianum, Trichoderma harzianum strain T22, develops on the exudates and colonizes the root system of young plants, creating a largely inhospitable environment for pathogenic fungi. This greatly reduces soil-borne diseases such as pythium, fusarium, and rhizoctonia.

Koen already knew about Trianum, having used the product on his non-organic carrots for a while following a request from the customer who buys his carrots.

‘My spinach and parsnip showed good results,’ says Koen. ‘Compared with what I’d seen elsewhere, emergence was much better and more uniform. I also noticed significantly fewer losses. You should bear in mind that parsnip is particularly slow to germinate and takes longer to emerge than other crops, but I didn’t have those problems when using Trianum. Alongside having fewer problems with pythium in my spinach, the treated crops actually look better: they’re more lively and dynamic.’

Emergence in Koen’s organic spinach was so good that the crop became quite thick and dense, which is why Koen is considering sowing his spinach a little more thinly next year.

Frank Druyff expected the results to be good. The agriculture consultant at Koppert explains that organic seeds have a protective chemical coating. ‘That’s why Trianum is so successful and shows clear results in a short space of time. The crop is often given a head start.’

Frank is not surprised that more and more growers in arable farming and outdoor vegetable cultivation are starting to use Trianum. ‘This is mainly to do with the good results it achieves in carrot cultivation. The evidence is unequivocal, and virtually everyone has heard about the results. Trianum’s beneficial effects in both organic and non-organic carrots seem to be winning over more and more growers.’ 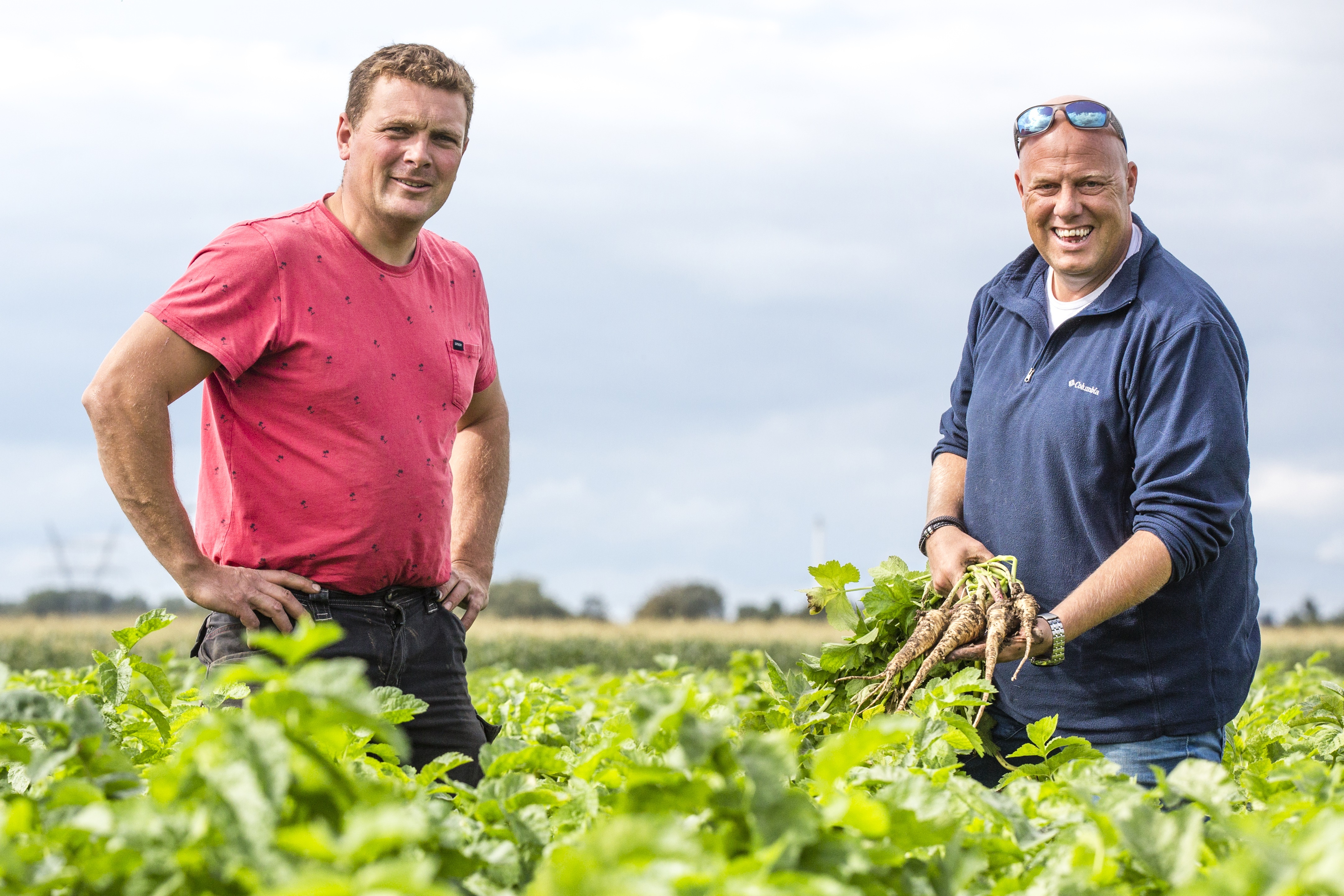 Koen de Bruycker is satisfied with the results and will continue to use Trianum in his organic spinach and parsnips next year. ‘The product definitely has added value. I hope Trianum will soon be authorized for use on chicory and onions. Both those crops are at high risk of soil-borne diseases, and Trianum could be a huge help.’ Frank adds that a recent drop in Trianum’s retail price has led to it being used in even more crops.

Articles that could be interesting