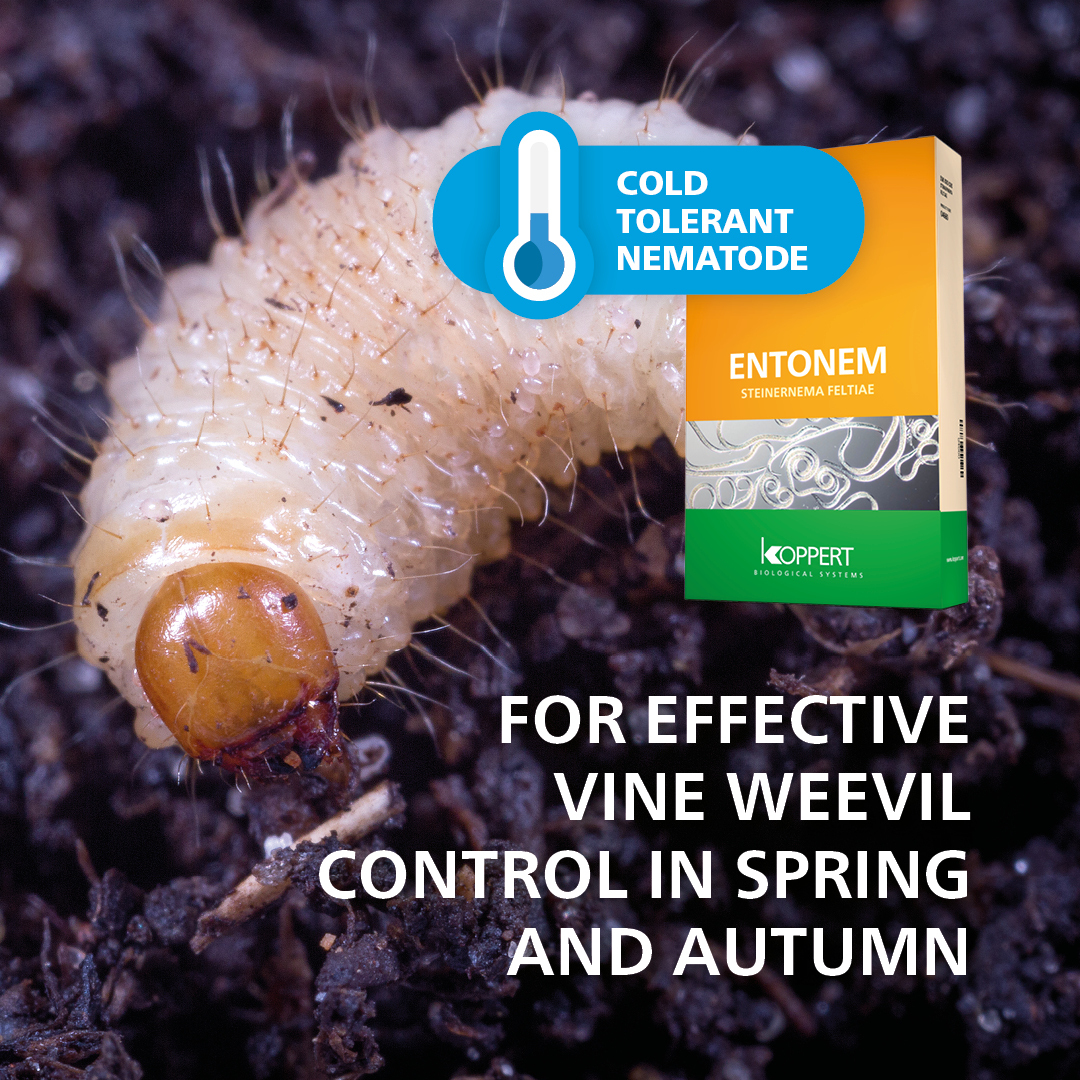 New research into the efficacy of a range of nematode biocontrol products by Koppert Biological Systems has shown that one of its strain of the entomophathogenic nematode (EPN) species Steinernema feltiae has a greater cold tolerance than initially known. Steinernema feltiae (Entonem) on which the biocontrol for pests such as Black Vine Weevil and Oak Processionary Moths is based, has good results in temperatures that daily fluctuate between 5°C and 13°C.

‘Based on available knowledge in literature and our own experience and insights, a team of 7 researchers in the Netherlands and Spain has been working on various nematode research projects to better understand relevant aspects of our existing range of nematodes. From this research we have learnt that Entonem (Steinernema feltiae) can be used as a biological solution even at low temperatures,’ explains Nematode Product Manager at Koppert, Cyrille Verdun.

Recent trials conducted by Koppert where cold days were mimicked with natural fluctuating day and night temperatures ranging from 5⁰C to 13⁰C within 24 hours, showed that the lower threshold is even lower than initially known. Verdun states that the lower threshold of 5°C is significant as it extends the range of temperature in which Entonem can be used to combat early season pests such as Black Vine Weevil and Oak Processionary Moths. 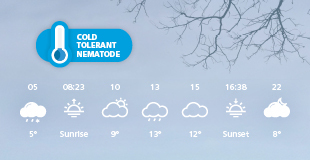 ‘The Entonem label will further extend the range of pests for which this biocontrol solution can be applied. We are still researching its full potential,’ says Koppert’s Agronomical development Coordinator Roxina Soler. ‘We tested all 3 of our nematode products and although the optimum temperature range is between 14 °C and 26 °C for Steinernema feltiae (Entonem), it is also the best cold tolerant nematode in our range and can be used when soil temperatures fluctuate between 5⁰C and 14⁰C.’