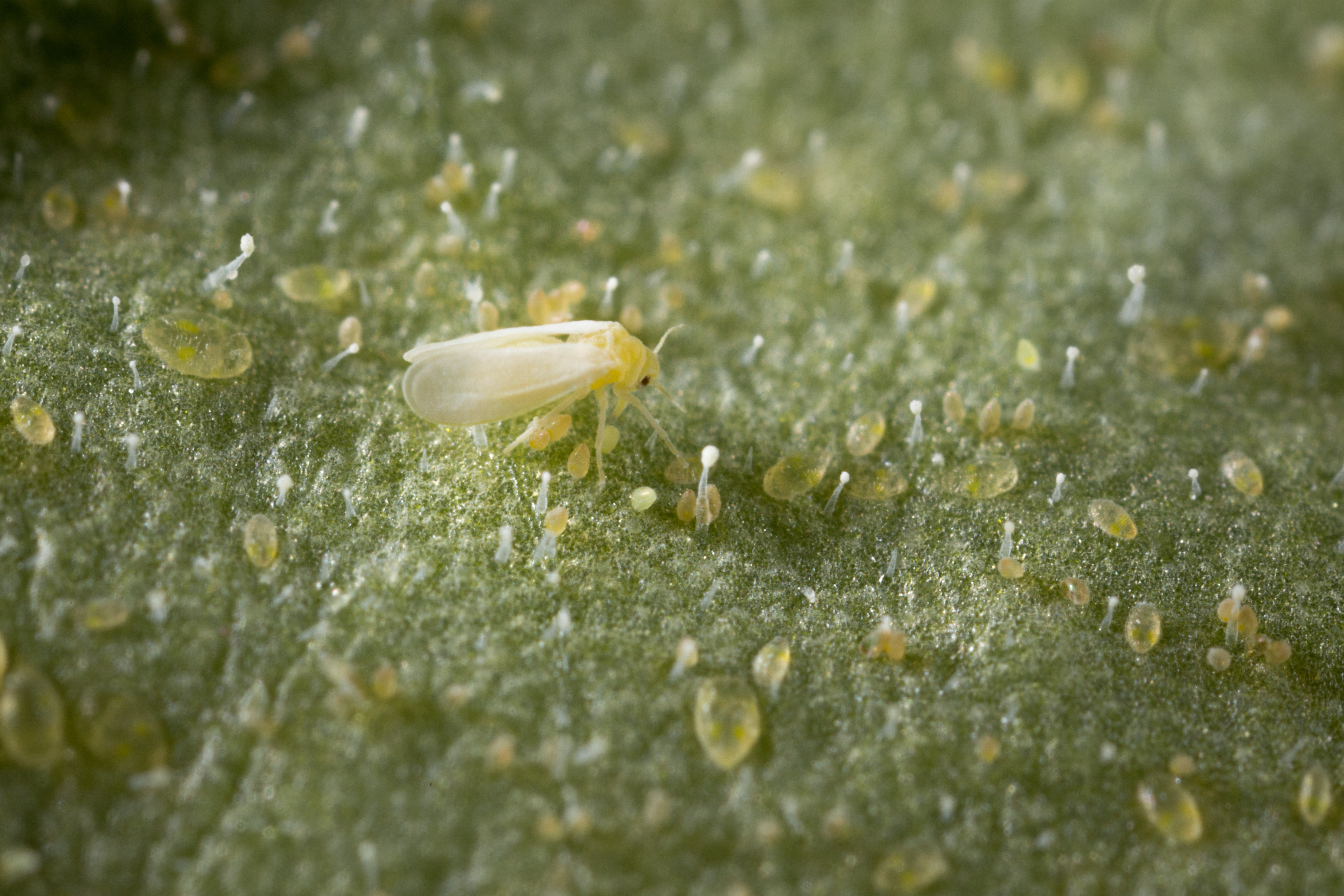 Whitefly in your crop? You don’t have to go into battle alone! Biological control is at the rescue. Predatory mites and parasitic wasps are just two examples of predators that are particularly fond of whitefly, but predatory bugs and predatory beetles are also effective. The following is a brief overview of the key allies in the fight against whitefly.

* These predatory mites feed on the eggs and young larvae of the whitefly. They also eat other pests.

* Predatory mites are often used preventively, before a pest is known to be present. Many growers use them year-round, a little like a ‘standing army’ designed to combat the whitefly. Predatory mites survive by eating other pests and pollen.

* Encarsia formosa is particularly effective at combating the greenhouse whitefly, while Eretmocerus eremicus is primarily used against tobacco whitefly.

* Parasitic wasps can be used preventively but can also be deployed as soon as the first signs of whitefly are spotted.

* Lecanicillium muscarium is used for the biological pest control of whitefly larvae with side effects on thrips larvae (when there is more humidity and in combination with a compatible adjuvant like Addit or Squad).

* Lecanicillium muscarium is effective through direct contact, and under the right environmental conditions, kills larvae after 7-10 days. Applications must target larvae and pupae.

* Lecanicillium muscarium must be used in early growth stages of the crop and when pest numbers are low. For effective control, implement up to 4 applications per whitefly outbreak, at 7-10 day intervals.

* Macrolophus pygmaeus is a polyphage predatory bug with a strong preference for whitefly. The related Nesidiocoris tenuis predatory bug is used widely in the Mediterranean region, which is where the insect originates. However, as it feeds on both plant sap and prey, it is rarely used outside the region.

* The nymphs and mature insects of both predatory bugs consume all stages of whitefly, using their jaws to feed off the mature insects, pupae, larvae, and eggs.

* Predatory bugs tend to be used early on in the season and in limited numbers. They are relatively expensive to produce, and where there is no pest on which they can snack, predatory bugs are fed with the eggs of meal moths.

* The ladybird survives entirely by consuming whitefly in each of its stages.

* The predatory beetle is used primarily in horticulture, particularly on gerbera and rose,

* While the ladybird tends to be deployed in whitefly nests or ‘hot spots’, predatory beetles act as a sort of fire extinguisher, eroding as much of the infestation as possible. If the mature beetles feel that they have too little to eat, they will fly on to a different spot. The mature beetles will only lay eggs once they are certain that there is enough food to raise their offspring.

Only use products that are permitted in your country/state and crop. Check local registration requirements.