Koppert Biological Systems has improved its top selling Spidex biological solution making it even more effective for growers worldwide. Predatory mites in more different stages of development prolong and dramatically increase their effect on spider mite infestations. For growers in the USA, the Netherlands, Mexico and Canada Spidex Vital will be launched at February 15, shortly followed by the launch in week 13 for the rest of our customers worldwide.

Spidex Vital gives better control of spider mite hotspots by building populations with improved egg-laying capacity. Trials conducted with the new composition showed the searching capacity of the predatory mites covered a greater distance over a longer period as adults were followed up by growing nymphs in an ever-growing population. 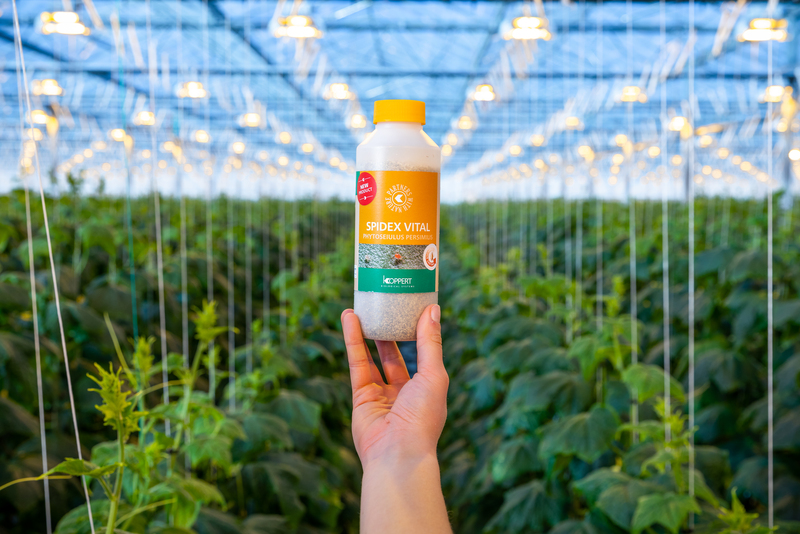 The new formulation and better nutrition ensure an energetic population of Phytoseiulus persimilis that gives infested plants the best start for fighting hotspots. Spidex Vital includes several phases of mite development including eggs, juveniles, growing nymphs, and adults, for prolonged and continuous activity in the crop. Trials showed a greater cumulative presence of predatory mites on infested leaves and proof of predation by Spidex Vital mites.

Thanks to Koppert’s continuous R&D drive and upgraded production process, both quality and supply have now been enhanced and secured. Predatory mites in Spidex Vital have an energetic start ’ says Koppert Product Manager Tim Bossinga. 'The females already have enough energy to develop their eggs and can immediately start laying their eggs on release. Formerly, they first needed to feed in the field in order to develop their eggs. Because they start depositing their eggs directly, they have an improved ability to lay more eggs in the same time frame, hugely enhancing the biocontrol process and efficacy.' 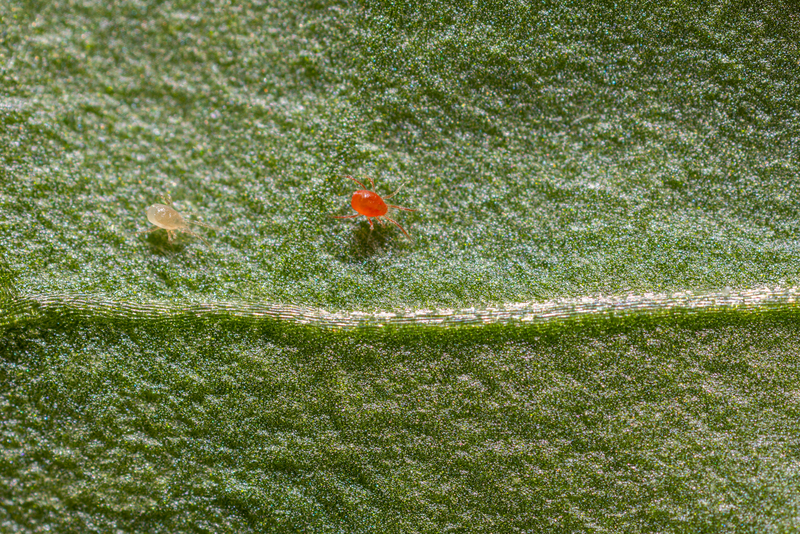 To think that it all started 53 years ago when predatory mites were explored and produced at Koppert Biological Systems by the company’s founder, Jan Koppert. The eventual product, Spidex, became the foundation of what is now a leading international force in biocontrol. The advanced Spidex Vital biological solution for spider mites takes it to the next level for professional growers worldwide.