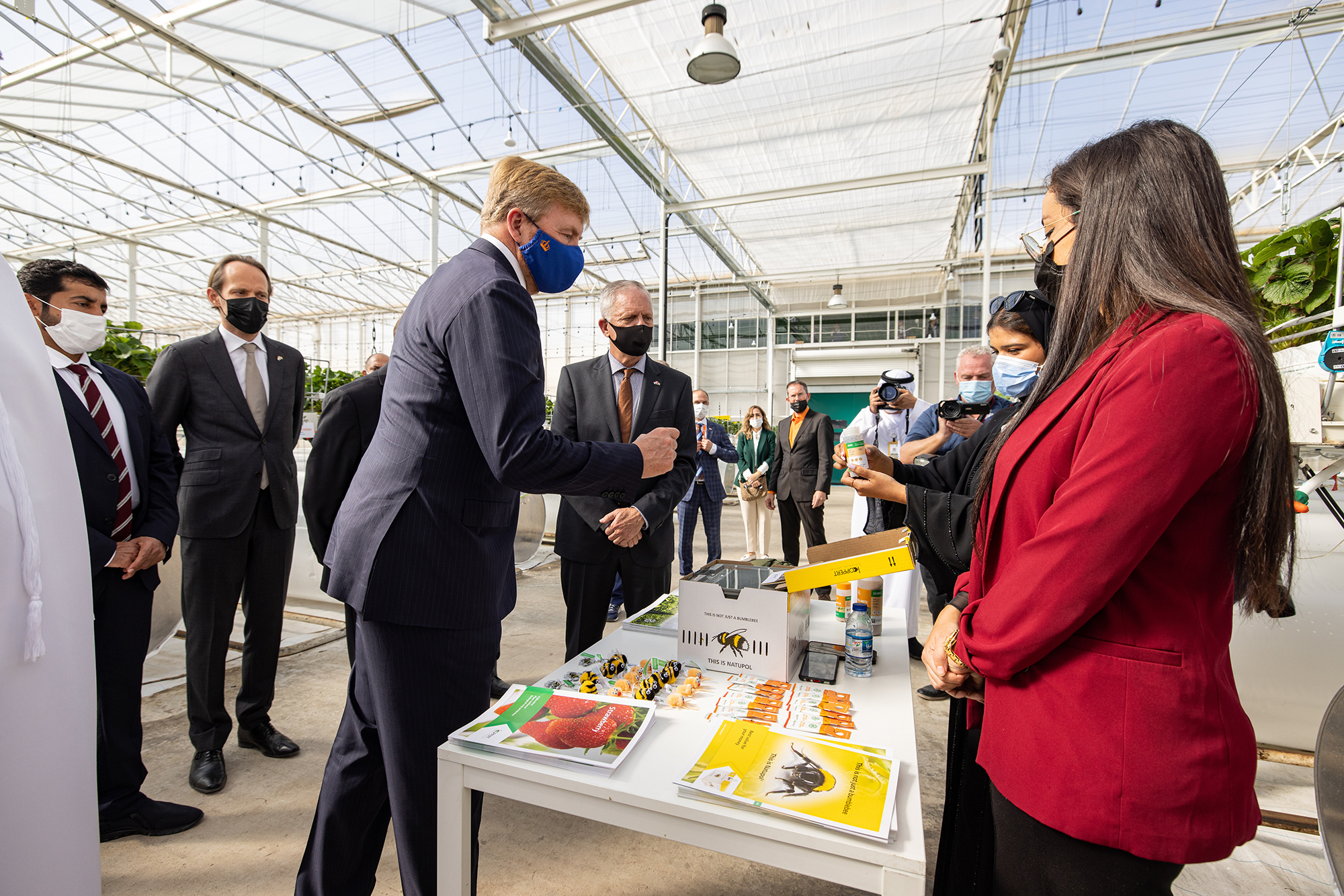 Koppert CEO, Henri Oosthoek, met with King Willem-Alexander and Queen Máxima during an official visit to the Pure Harvest high-tech greenhouse in the United Arab Emirates on Wednesday. The visit by the Dutch royal couple coincided with the Netherlands’ National Day at the world Expo 2020 Dubai on Wednesday, 3 November.

The greenhouse is fitted with controlled environment technology and is specifically tailored to overcome the challenges of growing high-quality produce in places where heat, humidity, and water scarcity affect year-round food production. Using state-of-the-art Dutch technology the indoor environment of the greenhouse is effectively managed to create an optimal ecosystem for crops.

During the tour at Pure Harvest, at which representatives from leading Dutch companies Priva, Certhon, BOM Group and Koppert were present, Koppert’s CEO Henri Oosthoek spoke to King Willem-Alexander about the company’s natural solutions for pests and diseases and their role in sustainable cultivation in the greenhouse. 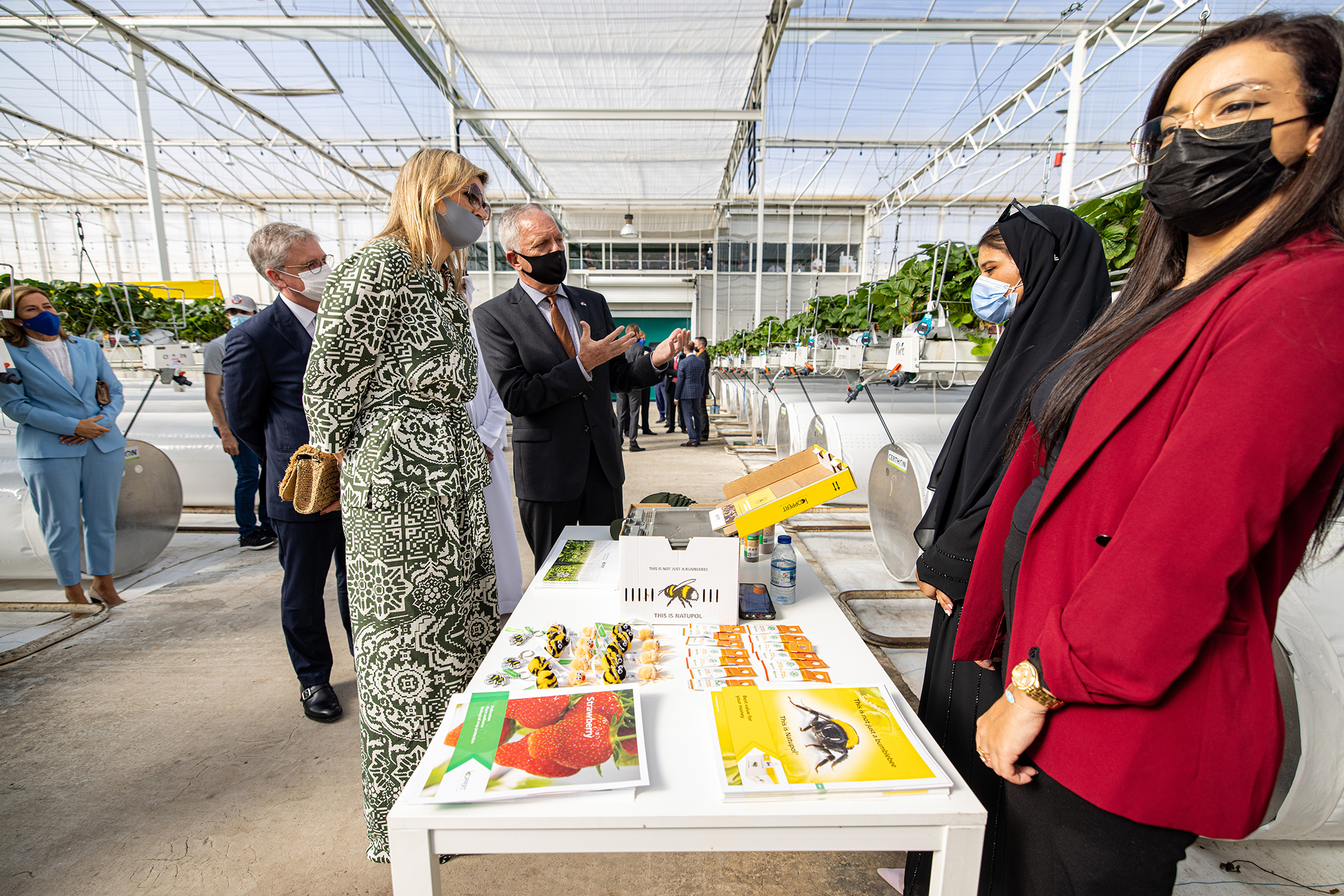 Following the tour, King Willem-Alexander officially opened the Netherlands Pavilion at the Expo. Koppert is a sponsor of this pavilion and Oosthoek, together with Koppert’s Export Manager for the Middle East, North Africa and India, Yassin Lahiani, were present during the official opening.

The visit coincides with the foreign trade mission of 50 Dutch company representatives in Dubai this week, in which Koppert is taking part. The aim of the trade mission is to establish new partnerships for solving global challenges and deepening relations with existing partners in the UAE and the broader Gulf region.

Second royal meeting
This is not the first time that King Willem-Alexander and Oosthoek have met. The first time was on the occasion of Koppert’s 50th jubilee when the Dutch King opened the Experience Centre at Koppert headquarters in the Netherlands. Oosthoek, together with CEO Paul Koppert, were both appointed Officers in the Order of Oranje-Nassau in 2017 for their commitment to society.