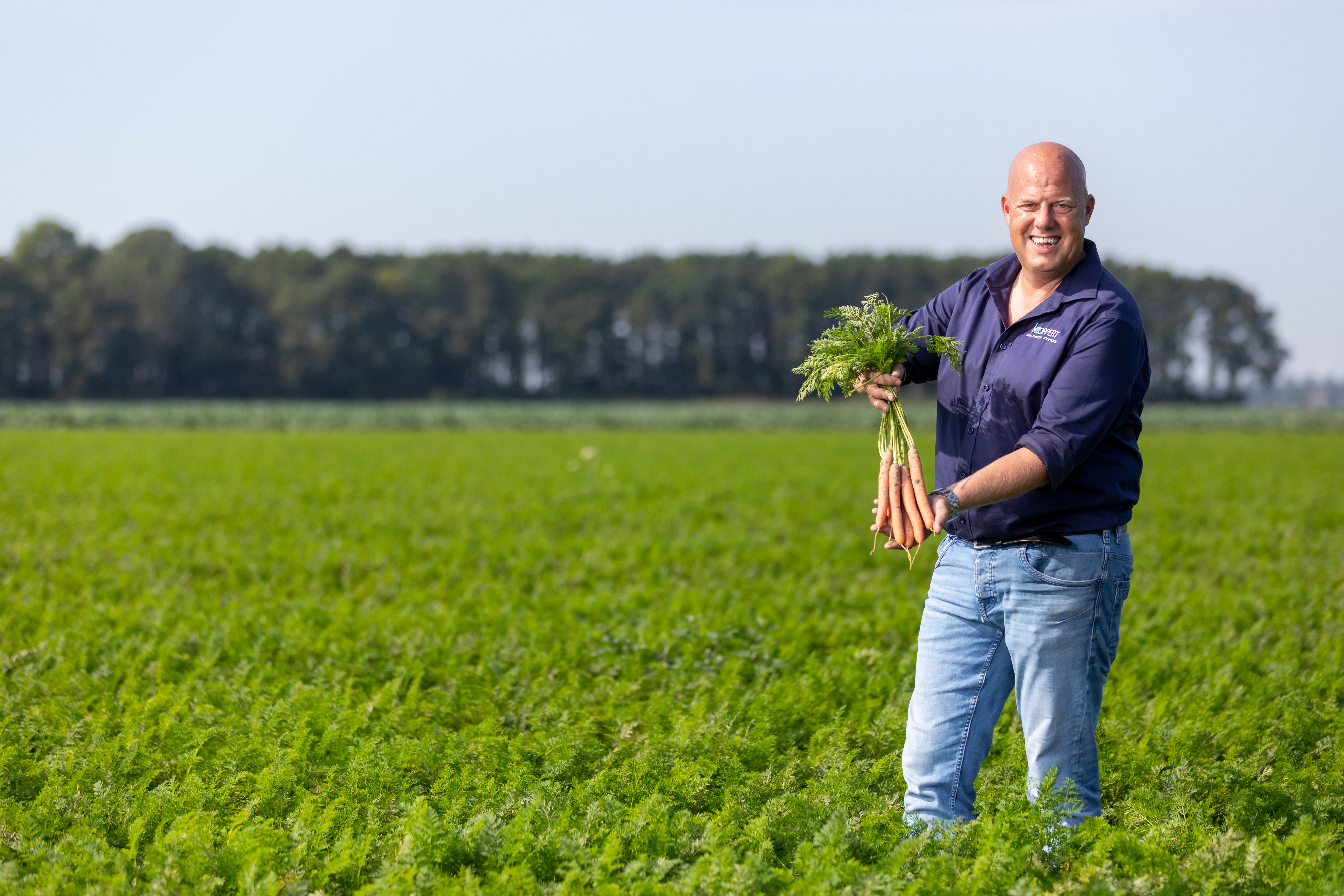 Trianum-G has enjoyed a great deal of success in many outdoor vegetable crops. An increasing number of farmers and open-field vegetable growers in the Netherlands are using our biological fungicide Trianum-G as an alternative to chemical crop protection.

‘We see positive results in a number of outdoor crops when using Trianum-G. That's why more and more farmers are using it,’ says agriculture consultant Frank Druyff.

Trianum is based on the fungus Trichoderma harzianum, strain T22. While the plant protection product fights soil-borne pathogens like Pythium spp, Fusarium spp, and Rhizoctonia spp, it also increases the plant's resistance to stress caused by disease and suboptimal conditions in nutrition, water, and climate. Trianum also stimulates nutrient absorption which boosts the development of the root system and above-ground parts of the plant. The Trichoderma fungus forms a mycelium growth along the roots of the crop, blocking attacks of pathogens and depriving them of their food source. The fungus can also damage the cell walls of pathogens, causing them to die.

‘Problems with soil-based fungi are still on the rise in arable farming and open-field cultivation. That's why it's good that the granulate version of Trianum-G is authorized in more and more crops here in the Netherlands,’ says Frank Druyff. Examples of these crops include spinach (Pythium) and lettuce (Fusarium). Beans also benefit from a treatment with Trianum-G. ‘We have seen a positive effect on the uniformity of the crops, on legume setting, and with early flowering,’ Frank Druyff continues. Trianum-G promotes plant numbers and a uniform emergence in the seed stock for onion sets and spinach seeds. Potato and onion growers in Spain and Italy report good results from using Trianum to fight Rhizoctonia and Fusarium. ‘More and more farmers and open-field vegetable growers are using our biological fungicide Trianum-G. Our product is an attractive alternative to chemical crop protection in more and more crops,’ Frank Druyff adds.

Trianum-G is also used to protect beetroot and parsnips, and it has achieved very strong results in carrots. ‘Emergence is better, the plant numbers are higher per metre, there is less loss, and the crop is more uniform. You can see the smaller plants benefitting as well,’ Frank Druyff observes.

Koppert is continuing its efforts to get the product authorized for more crops while investigating the control of new pathogens and fine-tuning new application systems. ‘Trianum is proving very popular. Businesses want to start using the product themselves after hearing about the positive results and seeing how the product works,’ Frank Druyff concludes.