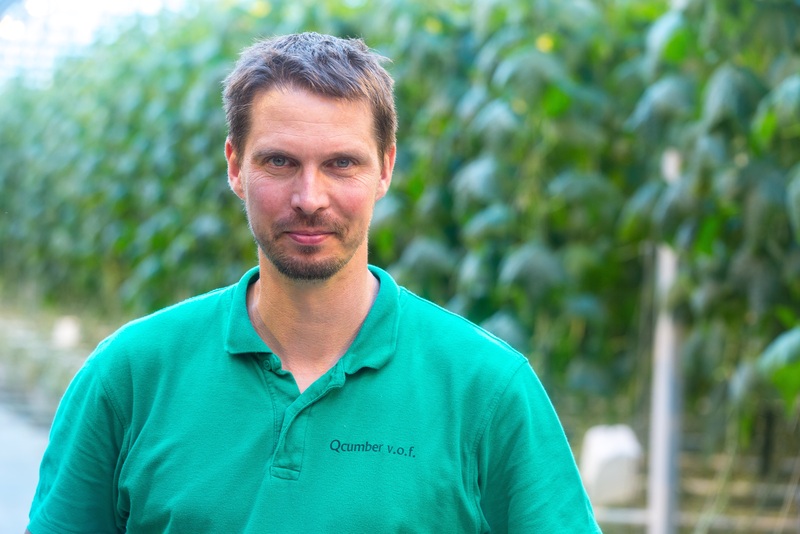 Cucumber grower Kees Hendriks (Qcumber) explains how his plant protection strategy has moved from integrated to ‘almost’ biological, using fewer and fewer chemicals. He has been using Trianum for the past two years in order to protect his plants’ roots.

‘I started using Trianum-G because of my crop’s susceptibility to Pythium,’ explained Kees Hendriks.

Together with Stefan Wubben, Kees Hendriks runs a farm covering over six hectares along Hoefslag road in the Dutch village of Pijnacker. Built in 2011, the farm has two sections. Hendriks grows high-wire (two crops per year) under high-intensity lighting (190 micromol). He sells his cucumbers to some major retailers in the Netherlands and occasionally to customers in Germany.

Thrips, spider mites, and whitefly larvae under control
‘I was an integrated grower initially, but the continuous developments in technology have gradually shifted my focus in terms of plant protection to biological methods. That’s why I now use fewer and fewer chemicals,’ he explained.

The biggest threat to his crop is thrips, especially during the darkest period of the year. ‘Nature basically shuts down at that point. Everything’s just ticking over. Those sorts of conditions have a bigger impact on the beneficials than on the thrips, which means I need to be alert. The same goes for caterpillars, since there’s essentially only one corrective measure available against them.’

The predatory mites Transeius montdorensis (Montdo-Mite) and Neoseiulus cucumeris (Thripex, in an overkill) keep thrips under control on the farm. Hendriks releases Montdorensis every week on half of his crop – the even rows one week, the odd rows the next. He hangs a sheet of insect netting with Neoseiulus cucumeris every four weeks on one for every seven plants. The two predatory mites also keep spider mites and whitefly larvae in check.

Susceptibility to Pythium
Kees started using Trianum-G in 2020. Based on the fungus Trichoderma harzianum T-22, the product colonizes the plant’s root system and keeps pathogenic fungi away from the roots. He puts two grams of Trianium-G on each mat before putting out the new plants in ‘duo’ pots (two plants in one rockwool cube).

He decided to do this in response to his crop’s susceptibility to Pythium. ‘My crop gets 20 hours of light a day, which means it requires a lot of water. That larger quantity of water makes the plant more susceptible to Pythium. That’s why I needed to use Trianum as a preventative measure against Pythium.’

Up until 2019, there was a lot of damage and loss of production at the end of cultivation. Whole mats and whole rows had to be rejected, and the fungus would spread through the gutters to adjacent mats. ‘We sometimes lost up to 50% of production on the affected mats. It all adds up, and I don’t want to be faced with another situation like that.’

The crop receives 20 hours of high-intensity light every day, which makes it susceptible to Pythium. 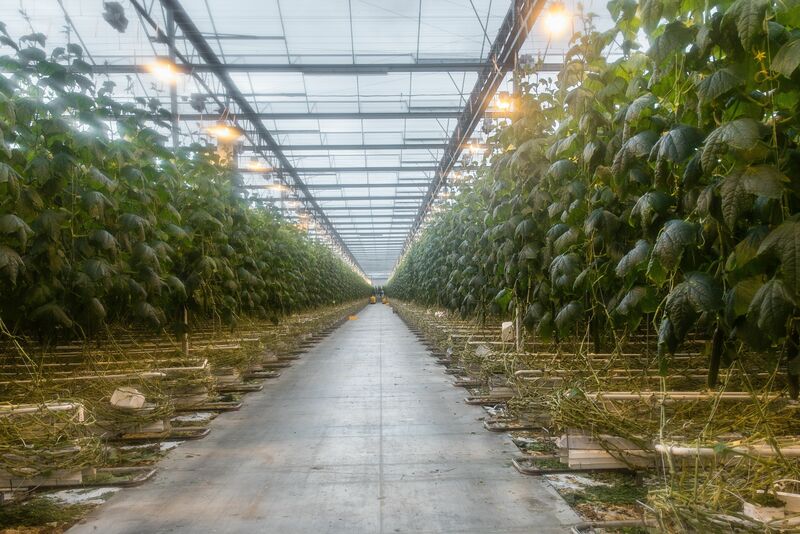 A very acceptable level
Kees grows Rijk Zwaan’s variety Skyson RZ, which has a lot of vigour and is suited to exposure levels above 180 micromol. But the variety has a slightly weaker root base than other varieties. ‘This is another reason why I’ll continue to use Trianum. A combination of this product and growing-based interventions keeps levels of Phythium at a very acceptable level. Treatment with Trianum is easy, requires very little labour, and is reasonably priced.’