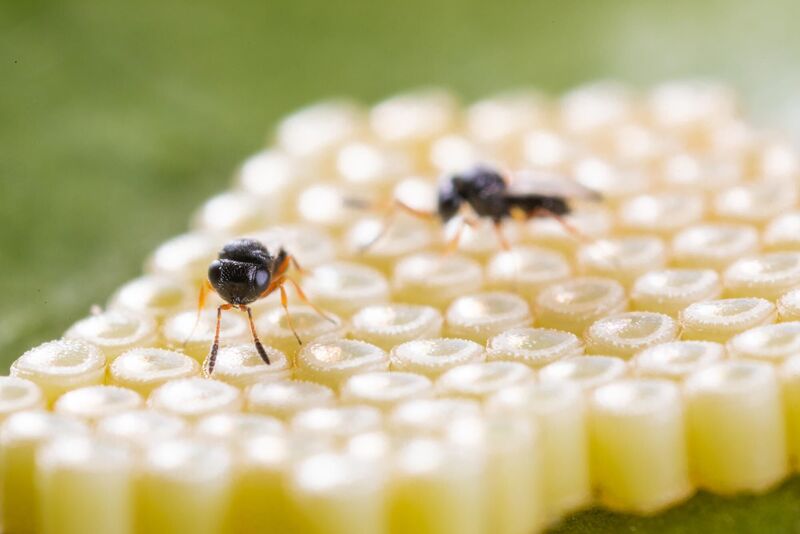 Koppert has been successful in rearing commercial quantities of the parasitic wasps Trissolcus basalis that have shown effective results in preventive and light curative control of the Southern green stink bug Nezara viridula. This bug is becoming an increasing greenhouse pest in North West Europe and other parts of the world. Koppert’s new biological solution, Nezapar, will be available in the Netherlands, Belgium, France and Hungary on 30 January 2023.

The Southern green stink bug is a highly polyphagous feeder that attacks many important food crops. It is believed to have originated in Ethiopia but is now distributed throughout almost all tropical and sub-tropical areas, and continues to spread into temperate areas where it is mainly found in greenhouses. Climate change ensures these highly destructive bugs will present a growing problem for growers in an increasing range of crops. Nezapar offers growers a natural solution that takes care of a serious problem that could only be solved by chemical pest control until now.

‘The parasitic wasps and their capacity to parasitize, thus impacting the development of Nezara, has been described in research papers for some time. What we have achieved now is scaling-up the rearing of Trissolcus basalis to viable commercial quantities,’ Product Manager Tim Bossinga explains. ‘When growers find a cluster of Nezara eggs, they will see that the eggs parasitized by Trissolcus change from a cream colour to black after 10-12 days. The newly hatched wasps emerge from the stink bug eggs and proceed to parasitize more stink bug eggs, and so the process is continuously repeated. It’s a powerful biological solution for this increasingly prevalent greenhouse bug.’ Tim points out that Nezapar is at its best when used in preventative control; having Trissolcus guarding the crop before Nezara enters is key.

Trials have been successfully conducted with the cooperation of growers in Spain, France, Hungary, the Netherlands and Belgium where stink bug infestations are increasingly common in greenhouses. ‘Nezapar wasps were released and trials compared very favourably with chemical control methods. Previously these stink bugs could only be treated with highly disruptive chemical agents. Having Nezapar available now is a significant step, allowing us to further improve our approach to get full control of Nezara. With Nezapar growers can continue to rely on their biocontrol systems that are present in their crop’, Tim enthuses. 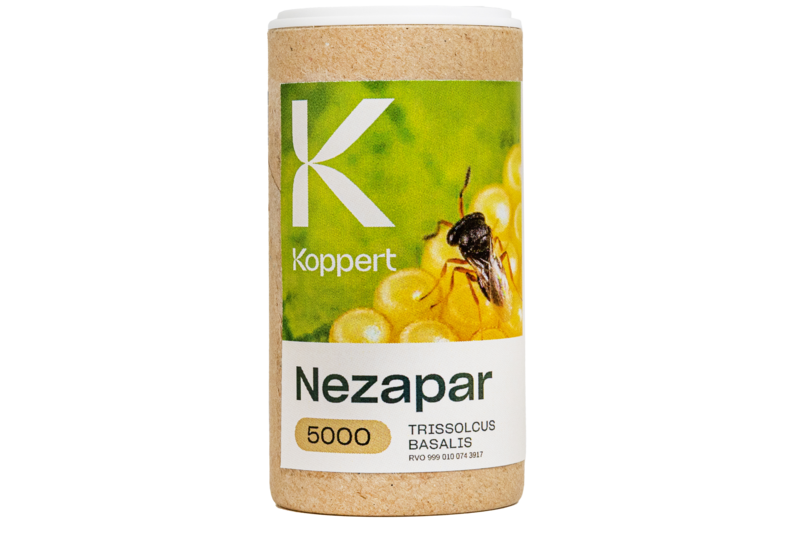 Gold medal winner Sival d’Or
Last week Nezapar has been designated thewinner of the Sival d’Or gold medal by the committee of the Sival 2023 Innovation Competition. Sival is the only trade show in France presenting a comprehensive offering of services and equipment for all plant productions like horticulture, viticulture and arboriculture. Product Manager Tim Bossinga: ‘Winning this prize is a crowning achievement for all colleagues worldwide who have made it possible to introduce this promising parasitic wasp.’

Product description and application
Nezapar will be available in a 90 ml cardboard tube of 5000 pupae. The pupae are sprinkled in Diboxes.